I’m, just going to come right out and say it, Samsung Ice Makers Are Defective! Please note – As a blogger, I have worked with Best Buy and have shared posts for Samsung….which will now all be deleted as I will not be supporting companies that cannot take responsibility for their defective products.

UPDATE – After going back and forth a few times I did eventually settle for a percentage lower than what was initially paid. I was ok with that because we had some family things we were going through and I didn’t want to have this situation eat up all of my energy. It was settled by the end of 2020.

It was a cold day on December 26, 2016, but I was determined to get a new refrigerator. My husband and I headed out to Best Buy in Joliet, Illinois, for what we thought would be the best fridge we’ve had. Boy, oh boy were we ever so wrong!

I was looking for a French door style black fridge to match my new(er) dishwasher. Though, I wasn’t sure how I was going to organize this type of freezer. I was really excited to get that style after having a side by side for a number of years.

We purchased the 26 CU. Samsung French Door Refrigerator (model number RF263BEAEBC) on December 26, 2016. It was promptly delivered and installed on December 28, 2016. About 5 months after it was installed is when was we started experiencing issues with this defective ice maker. It would start out making whole size ice cubes and slowly it started producing small, slushy like ice pieces. By the end of June 2017, it developed thick layers of ice on the inside of the ice maker. It was thick enough to prevent the icebox from coming out of the actual ice maker. It was at this time that I started to get in touch with Samsung directly.

I spoke with Cindy on July 17, 2017. She told me they would have someone come out and fix the issue. I was told I was going to have to pay for the repair which I refused to pay. I was then transferred to Nancy. Nancy approved this service call free of charge with a reference number of 4147872785. It was to be repaired by Unique Repair Services and I was given a service date of July 11, 2017. Upon arrival, I was told that air was getting into the ice maker from the refrigerator and the clear
sealant around the box was stripped and replaced.

After a few months had passed the same thing started happening again. It started with whole size cubes and ended with slush. Only this time, there was more ice buildup and the bucket ended up cracking on the sides as
a result. I had to defrost the ice maker to remove the blocks of ice that had formed preventing ice from being made. After another couple of months of doing this, I called Samsung again on 12/19/2017.

During this call I spoke with Victor who instructed me to defrost
the icebox because you guessed it….he said “air was getting in”. I told him that this is my second time calling. I explained that the first time it was repaired they told me it was the sealant. However, that clearly was not the case because apparently what was done didn’t exactly “fix” the problem otherwise it wouldn’t warrent another call. I was told that they would set up a new service appointment to replace and repair the ice maker. A second repair appointment was scheduled for 1/8/2018 with a reference
(service) number of 5119874438.

At the time of the second repair, parts of the icebox were replaced, including the rubber stopper on the actual door. The rubber stopper on the door was turning yellow and started getting crusty around its edge. Water had also started to leak and would pool under the deli tray. The ice maker was replaced with new pieces and sealed yet again.

It’s DEFECTIVE! It can’t be fixed because there is NO FIX!

Between 1/8/2018 and my next service repair from Best Buy Geek Squad on 12/14/2018, the ice had built up (as I have photos to show) multiple times and the size of the ice started to change. I would have to defrost the ice maker to get the built-up ice to melt completely almost once a month. By November I was tired of having to defrost my ice maker every month and contacted Best Buy Geek Squad for a third (and final) repair.

At that time, I had made them aware of the previous issues and what repairs had been attempted. Best Buy decided to order all new parts again. Ron Brown from Best Buy’s Geek Squad had come to do the repair (appointment number 47837028). He was very thorough. Asked if the previous repair guys pulled the fridge out to check the water line?

“No, no one pulled the fridge out”.

He pulled the refrigerator away from the wall and inspected the placement of the water line tubes. Then, he sent me a photo of where the lines should go in up to in the back of the refrigerator (see photo). The entire inside of the ice maker (see photo) was replaced. Then he resealed the inside and outside of the ice maker. The rubber stopper was replaced again on the door because it had begun to discolor and started to produce limescale on the outside of the stopper.

After he made those repairs, he put in a request to send us a new ice bucket because it was cracked again in multiple places from the buildup of ice around the maker. He also left us the tube of sealant he used stating, “you might need this again so I am just going to leave it here with you”. He also let us know that if the icebox were to continue as it has, I should contact Samsung because Best Buy was no longer servicing these model refrigerators because of the multiple service bulletins and basically that there is no solid fix to them.

That statement concerned me. Here it’s now been repaired by three different people. All of them know about the various service bulletins. I was originally alerted to them when I had to have a different appliance serviced. They know that there was not a fix in place because this ice maker is defective. So I started doing my research and discovered that the service bulletins had dated back to 2007! This is a known defect and Samsung still sells this model and type…and the retailers (ahem, Best Buy) are still selling it to consumers as well!

(Take a look at just some of the photos taken from the last two years…believe me, I have a lot more!!!)

Over the last year, I have had to defrost and scrape ice buildup from the icebox. I have taken multiple (dated) photos of how badly the icebox has built up with ice preventing the ice to form. Videos have been taken. I have even turned the ice maker off and it still produces ice buildup inside the maker enough so I can’t even put the ice bucket back into the ice housing without defrosting it yet again. Think about the number of times I have had to defrost my freezer (not just the icebox) but the entire freezer. What about food spoilage and unsafe food storage temperatures. Think of illnesses. Think of the money spent on throwing away spoiled food because the freezer isn’t freezing and holding the right temperatures causes food to frost and thaw and freeze and frost and thaw…..

Samsung, at this time, I am now requesting a full refund (of $1863.97 which is listed on my original receipt) for this defective product under the
Magnuson Moss act of 1975. I will not accept any further repairs to this product because there is no way to repair a defective product. It has been known to be defective since 2007. Multiple service bulletins (ASC20150717007 07/17/2015 to share one) have been issued for
this exact defect.

Best Buy continued to sell this product even after knowing about the defective refrigerator and service bulletins. I am holding both Best Buy and Samsung responsible for this and am seeking resolution from both entities.

If you have this issue or any of the models listed on the service bulletin, I’d love to hear from you. Please feel free to leave your comment/s below.

Copy of the Best Buy Work Order stating the problem and resolution. “A DEFECTIVE mechanical part or assembly”. Hmmmm you think???? Keyword being DEFECTIVE!!!

UPDATED list of media who have reported on this defect.

Consumer List: Why is Samsung sending a dish network tech to fix my washing machine? https://consumerist.com/…/why-is-samsung-sending-a…/… 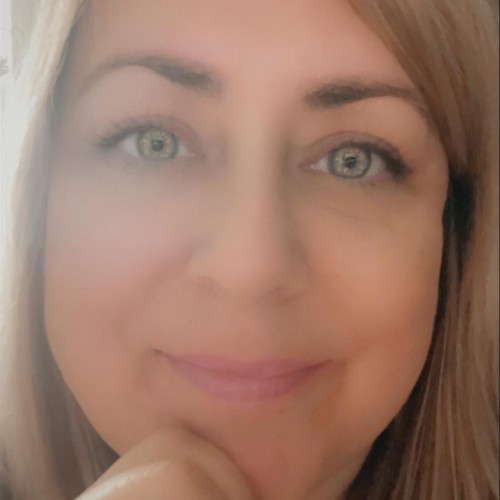 How to Organize the Unorganized Person

Mario and Sonic at the Olympic Games Tokyo 2020 #Review #giveaway

Where do I go from here?

Winter Fashion Trends I Could Do Without.

Where do I go from here?

Winter Fashion Trends I Could Do Without.

Verified Mom is a blog that shares a variety of content relating to but not limited to motherhood, parenting, fashion, recipes, decor, mind, body, and spirit. In addition to regular life stuff, genuine product reviews are shared. Some content might be sponsored, however, that content is only shared if Verified Mom actually stands behind the products and brands associated with the post. All opinions and views are that of Verified Mom.

Verified Mom - Phyllis - December 9, 2008 0
Do you want a chance at winning $6000.00 worth of computers and supplies? HP and Microsoft are doing just that, giving away these...
Go to mobile version